Spirits toss a Pint of Ale without Spilling a Drop 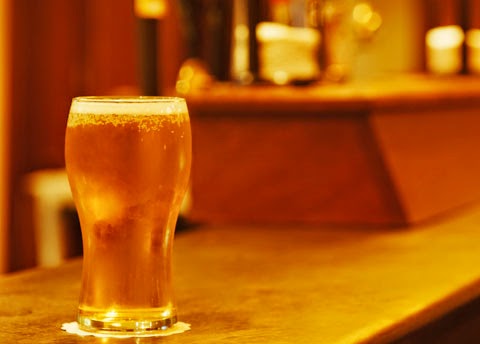 A Cornwall couple have come to the conclusion that their 17th century pub has more than just the spirits you put in a glass.  The couple, Jenny Heard and Martin McConn laughed off the ghostly tales tied to the historic Crow's Nest Inn on Bodmin Moor, in Cornwall.

But just days after their arrival the couple witnessed a full pint of Proper Job ale flew off the bar, landing on the floor - without spilling a single drop.

When they raced over to inspect the mess they were stunned to find the glass was standing upright on the stone floor and none of the beer had spilled.

As the oldest building in the village that bears its name, the Crow's Nest has long been a focus for thirsty locals and moorland visitors alike, appearing on Joel Gascoyne's famous Map of Cornwall as far back as 1699.

Numerous paranormal events have been chronicled over the years, from a bell that was said to ring on its own, to a clock that constantly ran ten minutes fast no matter how many times it was wound back.

Locals say there are several Spirits in the traditional pub, including the spectre of a local woman who was murdered in 1844.

Jenny said: "It went terribly cold in the bar all of a sudden. Everybody in the pub just stopped and looked around to see how it could have happened, but the doors were all shut and nobody was standing near the glass at the time it moved." 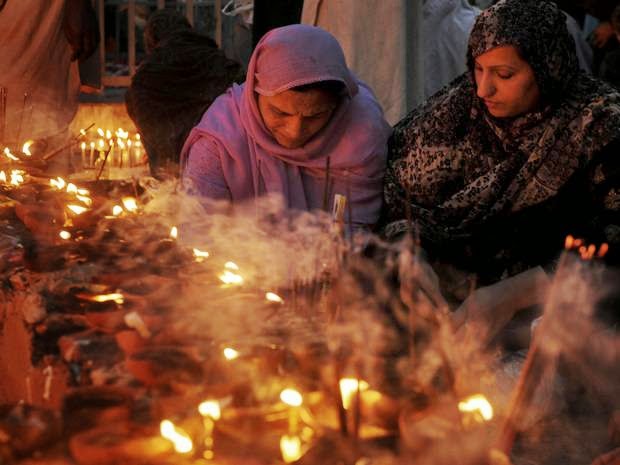 Police in Pakistan have launched a murder investigation after a young woman was reportedly beaten to death during an exorcism to “exorcise demons” from her.

The Report said the 24-year-old woman from Lahore, had been suffering from undiagnosed problems for some time and that her family had taken her to several doctors.

Her condition had not improved and so her family decided to take her to a local Pir, a Pir is a Muslim saint or holy man, who they believed could confront “the demons tormenting her”.

Police told the media that the young woman’s cousin, had taken her to the healer, identified as Pir Afzal. . During his so-called treatment, the Pir is alleged to have tied her up with ropes and began to beat her.

“When the young woman started screaming in pain, her cousin tried to stop him but the Pir told him that the blows were not hurting her,” a neighbor told the local newspaper.

At that point, the young woman fainted and efforts to revive her failed. The Pir then told the cousin to take her to hospital, where she subsequently died.

Police have reportedly arrested the cousin of the young woman and are looking for the pir. 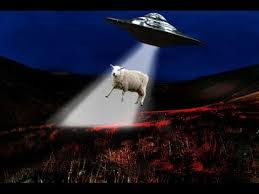 A sheep was reportedly abducted by a UFO which has left the locals panic-stricken, near the village of Lampeter.


According to the Daily Star, the UFO was spotted sailing over a field in west Wales and the police rushed to a farm after a call was made claiming the seizure of a sheep.

The sighting regarding alien activity was one of the 27 reports made to the authorities in west Wales, in the last 12 years.
Another close encounter revealed in newly-released police data claims one caller saw a triangular-shaped object about 40ft in the air above the village of Llandysul.
Article is by Jason Mansfield: Anomalous Environmental Studies Analyst™ with Paranormal Studies of Arkansas found at www.hauntedarkansas.net, Voice Over Artist, Film maker at Binary Entertainment www.binaryentertainment.com, Folklorist, Horror Enthusiast, Writer, Squatchologist™ & Legend Hunter
Posted by ParaPalooza at 00:51 No comments: 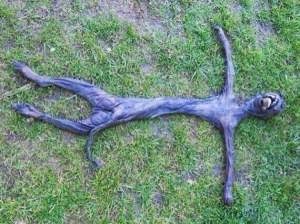 July 2013, it was reported that there was a discovery of a mysterious dead body that looks not of this world. The alien-like body was found outside Nature's Valley in South Africa by 17-year-old Curt-Leigh, the son of SANParks ranger Llewellyn Dixon.  The dead body of the bizarre creature was long and thin, with rough teeth and a shrunken head. The picture and alien claims created an internet storm back then, and it scared the local residents who proclaimed they have found proof of extraterrestrials. They said the body is of an alien who lived and died on planet Earth.


Skeptic who did not believe in paranormal and extraterrestrial claims speculated it could be a seal crossed with a monkey charred beyond recognition, or a donkey, aborted horse, badly shriveled dead dog, or even a Tikoloshe (a supernatural beast in Zulu mythology).


The mysterious claims came to an end after a local doctor Dr Magdalena Braum of The Crags Veterinary Clinic performed an autopsy of the alien-like creature and confirmed -- it was nothing more than a mummified baby baboon.

She explained saying, “It was a newborn female baboon, with umbilical cord still attached to her body. It was most likely killed by the bite through her skull soon after birth, possibly infanticide, which is very common in some primate species when a new male takes over the troop."

Further, she said the baby baboon is mummified as it was carried by the mother after death -- a common habit of female baboons to carry the deceased infants on their tail section for as long as 3-4 weeks before discarding them finally.

The Veterinary doctor says this is the reason why the creature has unusually long and narrow mid-body segment, that it is just a stretch. 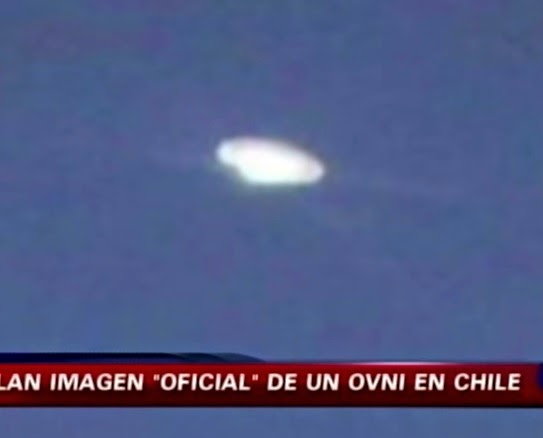 A recent UFO sighting has been captured on video which has confounded Chileans in Terapaca, Chile.

On the Chilean news channel Chile Vision, the glowing UFO sighting was captured and shown on air.

Reportedly, the UFO sighting was recorded by Minera Collahuasi workers at 4,300 meters high, and lasted for more than two hours without any explanation for what it might have been.

You can check out a video of the UFO sighting below, which has garnered over 30,000 views since being uploaded in late June.

Some observers of the news have called the sighting fake.

Others have also claimed it is the planet Saturn glowing brightly above the sky.

What do you think this glowing UFO sighting video might be?

Cowboy's And Aliens?? UFO Over Texas has created a buzz. 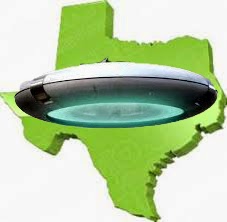 In Gainesville and Austin, Texas reports of UFO sightings started coming in last week. The witnesses in Gainesville claim they spotted a triangle-shaped object flying over their area while those in Austin reported a square-shaped UFO with four lights up in the sky.

Residents in Gainesville saw the large, triangle-shaped object moving over their neighborhood on Thursday, June 26, at approximately 11 pm. The witnesses claim that the unidentified flying object was flying low over the area at the time of the UFO sighting.

The details in the MUFON UFO sighting Case No. 57373 recounts how the unnamed witness spotted the UFO while driving westbound on a street in Austin, Texas. "

The witness added that the unidentified flying object appeared to be approximately 300 feet in altitude and traveling at a speed around 25 mph. Initially, the witness though that the object spotted was a model airplane, a small aircraft or a drone.