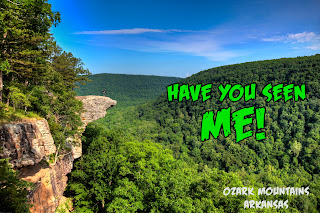 Hollywood actor Rob Lowe has claimed that an encounter with legendary beast Bigfoot almost cost him his life.

According to the 53-year-old star, he came face-to-face with the Sasquatch while filming his new paranormal reality series The Lowe Files.

We had an incredible encounter with what locals call the wood ape [Sasquatch]," he said of his alleged brush with the mythical animal, whose existence is yet to be confirmed despite countless supposed sightings.

The Lowe Files docu-series will see the star and his two sons investigate paranormal occurrences, with the encounter with Bigfoot the most disturbing.

"We're 100 miles from the nearest town. We spent 45 minutes on the most rugged, brutal mountain trails. It's one in the morning. There are a lot of serious former military men with loaded weapons, then something starts approaching our camps that is defying their orders to stop and their warnings that [they were] armed."

The Parks and Recreation actor said he was "genuinely terrified" by the run-in with the mythical animal: "I was lying on the ground thinking I was going to be killed."

Lowe admitted that he sounded "like a crazy, Hollywood kook" but refused to say whether viewers will actually get to see the creature on screen.

Sightings of the creature have been reported across America, including in national parks such as Yellowstone and at the American Fork Canyon in Utah.

"I don't want to oversell as a results-oriented show, although we have incredible results," he teased. Although he remained coy about the Bigfoot run-in he insisted that "nothing is staged, nothing is trick-cut — no B.S."

The Lowe Files premieres on Wednesday, 2 August on A&E.