After hundreds of crows in Michigan and 13 bald eagles in Maryland, it’s now the residents of Redding, California who are confronted with an enigmatic mass die-off of nearly 100 starlings that suddenly fall from the sky.

The birds were first spotted on Saturday, March 26, 2016, along the I-5 just before the Wonderland Boulevard exit.

This is the first time official biologists hear about a bird die off in the region. And it is often hard to figure out what happened.

Were the birds killed by a passing car or truck? Or were they poisoned? Did they have any sickness?

The birds that weren’t in the roadway didn’t seem to show signs of trauma from crashing into vehicles or being struck. And if they were killed by disease or poison, why they would all be together. very unusual, very rare!

Posted by ParaPalooza at 08:22 No comments:

Email ThisBlogThis!Share to TwitterShare to FacebookShare to Pinterest
Labels: Birds, Mass Death, What The Fringe? 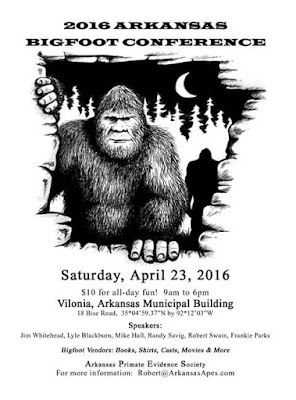 Its approaching fast and you will want to be there.  Robert Swain and his APES team are putting on another kickin Conference this year in Vilonia, Arkansas.  Lyle Blackburn is one of many speakers that will be present.

Posted by ParaPalooza at 21:20 No comments:

Coming up on April 1st on ParaScience Talk Radio http://parascience.esy.es/  We will be discussing the odd, the weird and the unusual.  From Ghosts to UFO's to Large Bipedal Hairy Hominids... And all things in-between.

Might even discuss some of the film projects we are tied to.  You just never know.


Posted by ParaPalooza at 21:04 No comments:

Valley of the Sasquatch - Movie REVIEW 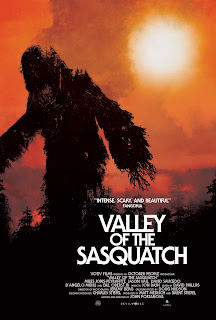 Valley of the Sasquatch is a 2015 American horror film written and directed by John Portanova. It stars Miles Joris-Peyrafitte, Jason Vail, David Saucedo, D'Angelo Midili, as a group of hunters who encounter a family of Sasquatches.

After his wife dies, Roger forces his son Michael to go on a hunting trip in rural Washington with a family friend and Roger's brother-in-law. When they reach their cabin, they find it has been broken into and is a mess. Thinking nothing of it, Roger and the others enter the nearby woods, where they encounter a family of hostile Sasquatches.

Another Awesome film with action, special effects and good cinematography.  The story line...I would tweak slightly.. and maybe reduce the excessive F-bombs. (just a personal pet peeve).  But other than that this is yet another excellent film about a Legend that is worth the purchase and you will enjoy.  http://www.valleyofthesasquatch.com/