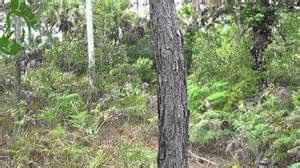 Few years ago locally a Bigfoot Expert came in Charging $200 to $300 per person for an Expedition into the Buffalo River Valley here in Arkansas.  Of course he didn't get the proper permits for having that many people with him. {Any more than 2 people out filming in the wilds of Arkansas require Permits....Just an FYI}. So he got slapped with some fines that amounted to a few hundred dollars. But he was taking approx. 20 people into the woods......You do the math.
Well now someone is offering a deal on groupon.com for a bigfoot expedition! It is a pretty good deal though compared to some of the other bigfoot expedition costs I've seen.

"Some things feel safer to do in a group, such as hunting for monsters in the woods or speaking up about the inferior-quality soap in the company bathroom. Find strength in numbers with this Groupon.

Sasquatch Hunt
Finding Bigfoot, whenever it happens, will be a matter of being in the right place at the right time. The guides at Sasquatch Hunt try to increase those odds by hosting a series of overnight stakeouts through the summer. During each Saturday session, parties set up camp in the woodsy wilderness of Oregon to keep vigil for evidence of the elusive creature, whether it's the enormous footprints, the sounds of rustling brambles and bushes, or the fleeting bluetooth signal of Bigfoot's smartphone."