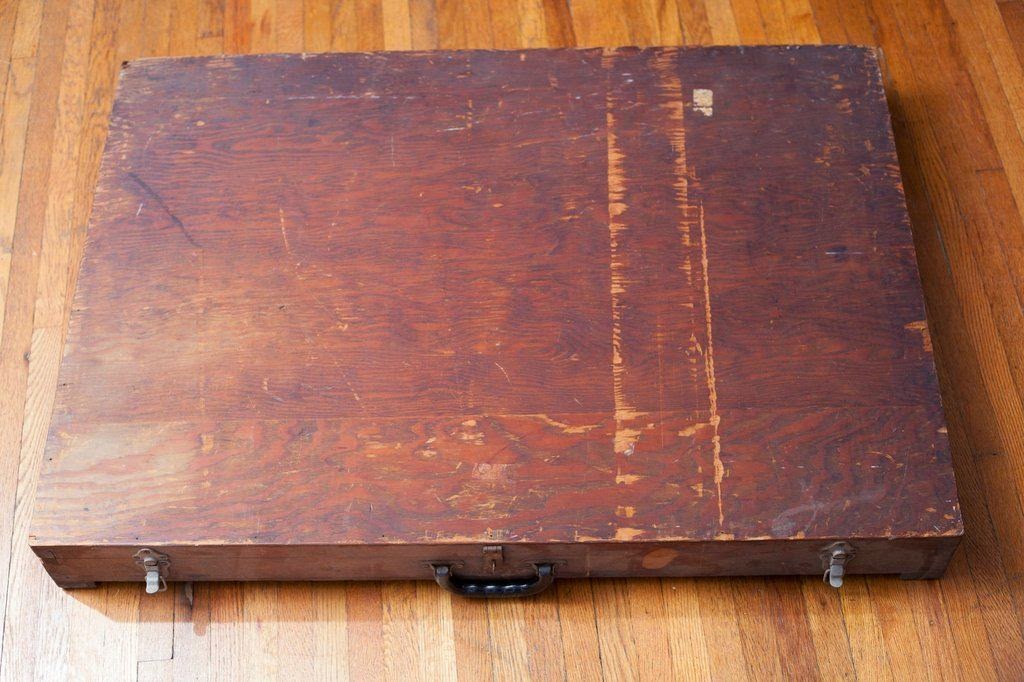 Reddit user TramStopDan documented and shared his recent experience of unlocking and discovering the contents of a box which his friend found discarded on the street next to the trash. When he managed to open it, Dan found a mind-boggling collection of posters, illustrations, text, maps, technical drawings and personal belongings. 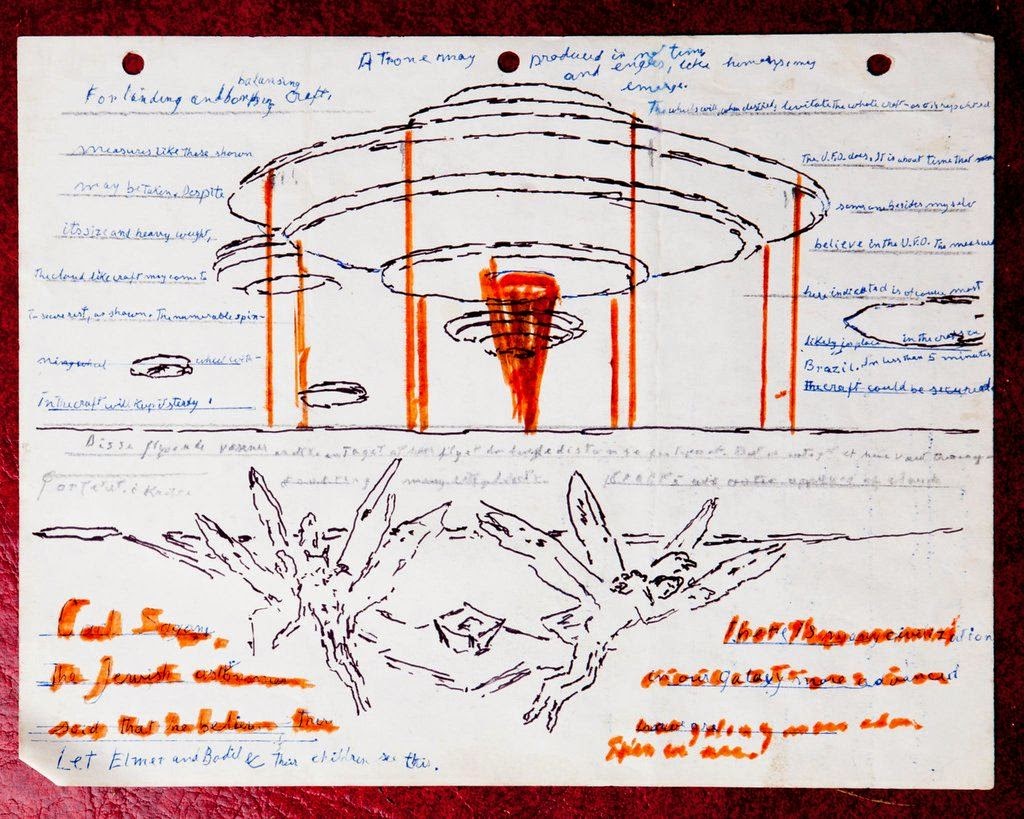 Speculating on the original owner of the case, Dan writes: “Clearly something happened to this guy that was very memorable. It measures roughly 29″ by 38″ and almost all the drawings are very large… It appears that he was making a diorama/tabletop display. (Why? I have no idea). There are numbered parts and instructions/explanations.”
So let’s take a peek at what he found… 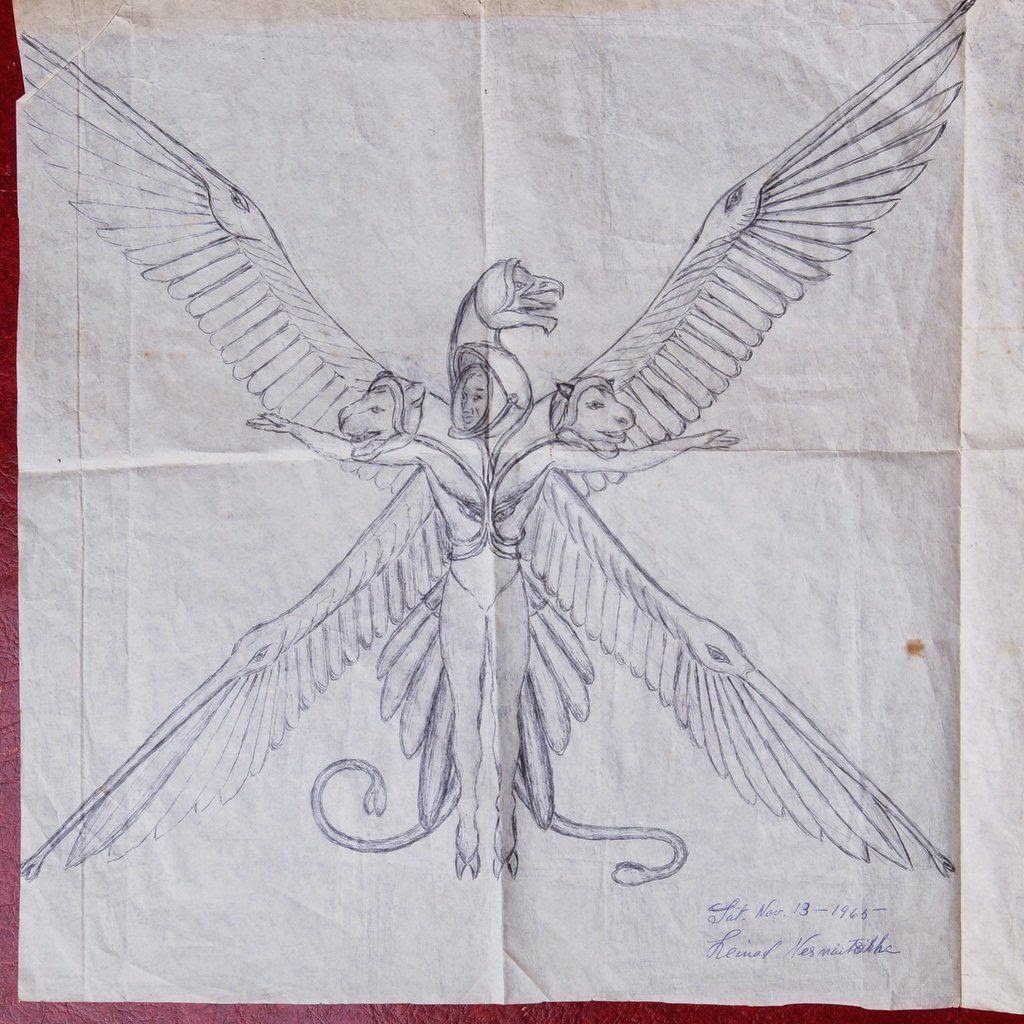 “An obvious blending of the religious and the extraterrestrial…” 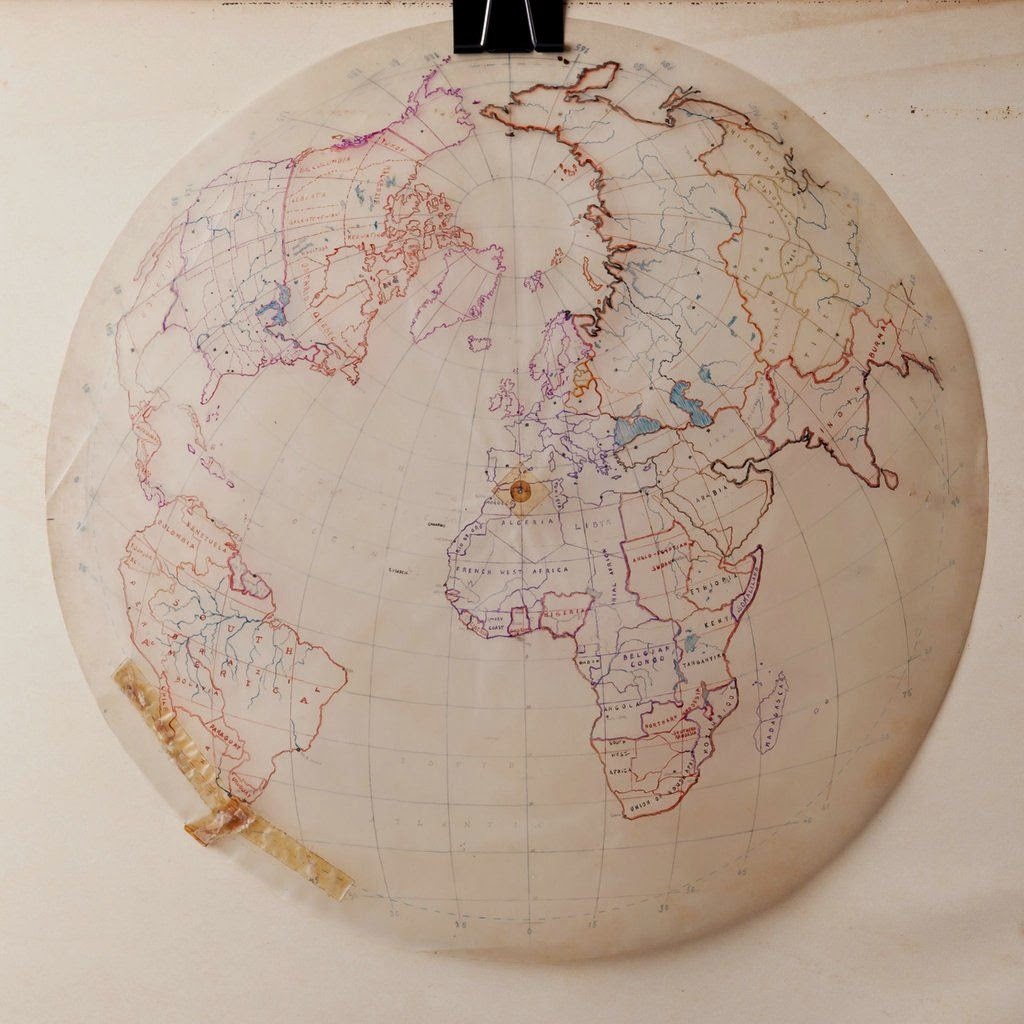 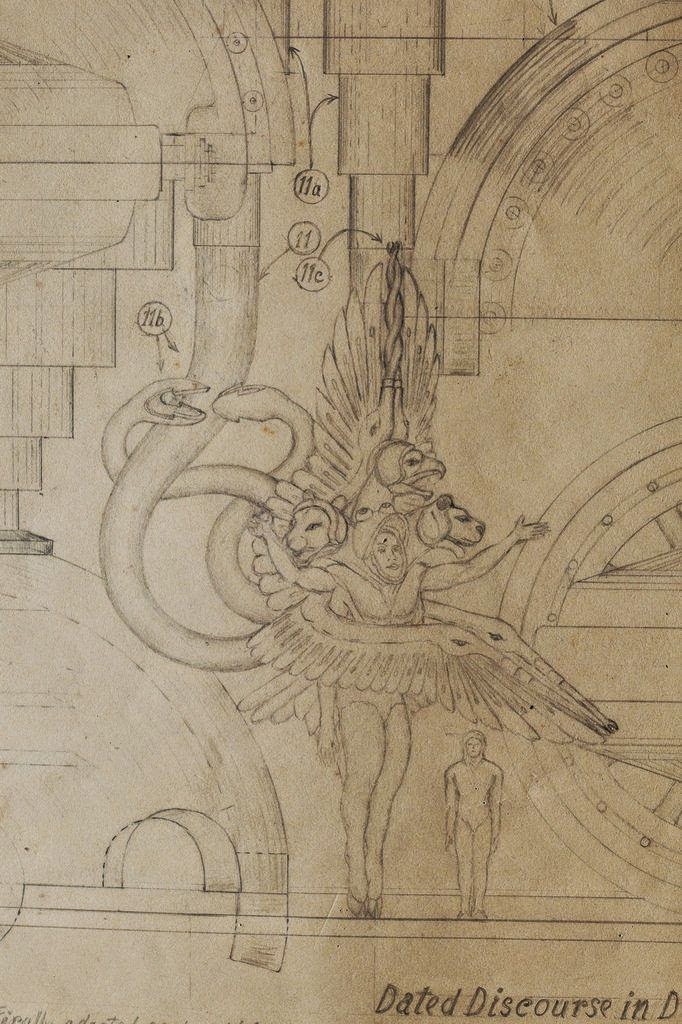 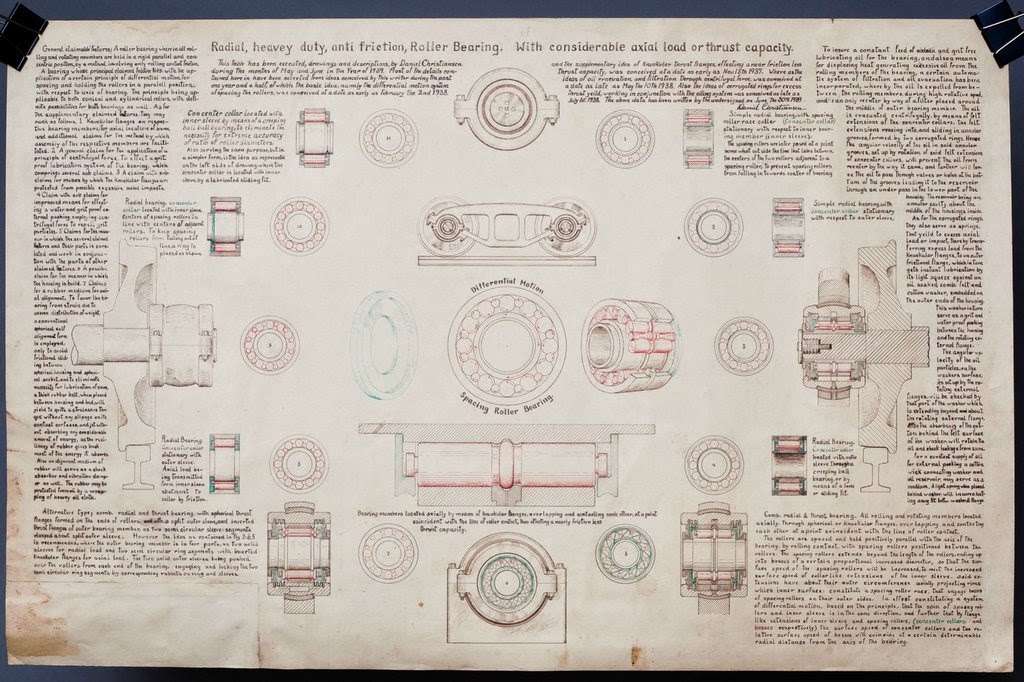 Also found in the briefcase was this technical drawing that looks like a patent application, quite large and very detailed. Dan looked but could not find any registered patent of this design.