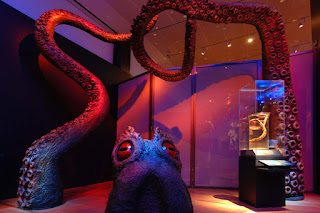 The Science Museum of Minnesota has released the Kraken and opened a new traveling exhibit, “Mythic Creatures: Dragons, Unicorns and Mermaids.”

“‘Mythic Creatures’ illustrates how humans gravitate toward the mythical for spiritual and creative expression. The exhibit also reveals how science and cultural understanding evolve,” according to a Science Museum news release.

Science Museum president Alison Rempel Brown said mythic creatures are symbolically important because they show how humans have tried to make sense of the natural world throughout history.

“‘Mythic Creatures’ will give us a chance to see creatures from around the world,” according to Brown. “Their roots in legend and history are fascinating to discover. Ultimately they teach us how scientific discovery changes over time in a very memorable way and shows us what is real.” 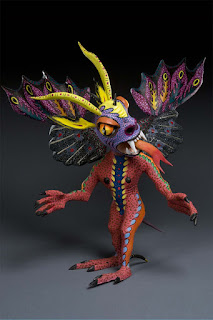 The exhibit will feature a 17-foot-long dragon sculpture, a 12-foot-tall kraken with its head and tentacles rising from the floor, models of a unicorn and a griffin, an 11-foot model of a mythic bird called a Roc, a jade dragon with carvings of Inuit spirits and a Gigantopithecus, a real, now-extinct ape whose fossils inspired stories of ape-men in Asia.

The exhibit was created in collaboration with The Field Museum in Chicago, the Canadian Museum of History in Gatineau-Ottawa, the Australian National Maritime Museum in Sydney and the Fernbank Museum of Natural History in Atlanta.

It will be on display through April 16. Admission is included in the regular exhibit gallery admission price, $18.95 for adults; $12.95 for seniors and kids ages 4 to 12. The Science Museum of Minnesota is at 120 W. Kellogg Blvd., St. Paul.