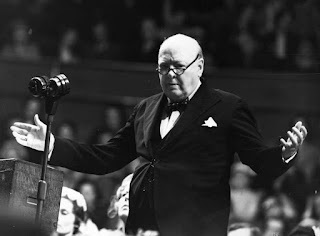 Nearly everyone who has looked up at the night sky has pondered life on other planets, even the British Bulldog Winston Churchill.
The no nonsense British statesman was Prime Minister of the United Kingdom during the empire's most perilous years, rallying his bombed-out country in a fight against Hitler.
But a long-lost essay acquired by Israeli astrophysicist Mario Livio shows the stubborn leader may have had a soft spot for thinking about the cosmos and its potential inhabitants. 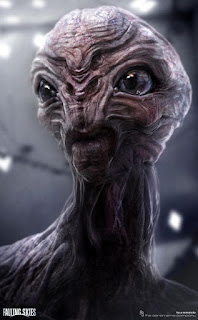 In an interview with the BBC, Livio talks about Churchill's essay, the title of which asks a question scientists are still posing today: "Are We Alone in the Universe?"
According to Livio, Churchill delivered some stunningly accurate predictions about humanities search for life.
"One day, possibly even in the not very distant future, it may be possible to travel to the Moon, or even to Venus and Mars," wrote Churchill.
The prime minister also talked about the necessity of water for life and the "Goldilocks zone," a sweet spot in distance from a star where life can flourish without it being too hot or too cold.

Churchill originally wrote the essay for a newspaper in 1939, months before World War II sent Europe into a frenzy.
The buildup to the bloody war seemed to stifle Churchill's faith in humanity and may have actually reinforced his thoughts about not being alone in the universe:
"I for one, am not so immensely impressed by the success we are making of our civilization here that I am prepared to think we are the only spot in this immense universe which contains living, thinking creatures, or that we are the highest type of mental and physical development which has ever appeared in the vast compass of space and time."

Sadly, the 11-page draft was never published, and instead sat in a museum for decades before being discovered last year.

Email ThisBlogThis!Share to TwitterShare to FacebookShare to Pinterest
Labels: Aliens, Extraterrestrial, UFO, What The Fringe?