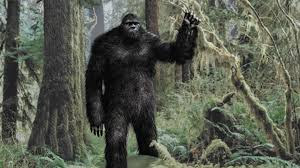 Washington’s Legislature has adopted more than 20 state symbols, from a state tree to a state folk song and, most recently, a state oyster and a state waterfall. But the state doesn’t have a designated “cryptid,” or cryptozoological creature — meaning an animal not proven to exist, such as Scotland’s Loch Ness Monster.


Nor does state law make a single mention of Sasquatch, also commonly referred to as Bigfoot and sometimes Forest Yeti, even though an organization of bigfoot researchers rank Washington as the national leader in sightings of the legendary being.

Email ThisBlogThis!Share to TwitterShare to FacebookShare to Pinterest
Labels: Bigfoot, Sasquatch, What The Fringe?