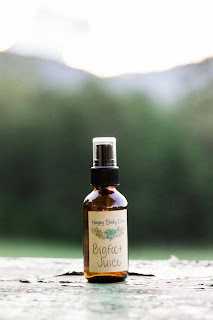 The endless search for proof of Bigfoot's existence may soon come to an end.

A wife and mother from North Carolina, has a home brewed a spray that she says can attract any Bigfoot within a mile and a half.
Sold at $7 bottled spray, the “environmentally friendly” Bigfoot Juice also doubles as a bug spray, said creator Allie Megan Webb, who runs Happy Body Care out of Marion.
“How do you know it works?” Webb asked, laughing. “That’s a tough question. I guess I could ask how do you know it doesn’t work?”
There is anecdotal proof her spray does, in fact, attract a Bigfoot.
Field tests have been done, she said, and they include a recent outing by the research group Bigfoot 911, in which a Bigfoot sighting was reported. It happened the first week of August, in the woods of McDowell County. The report made national news. 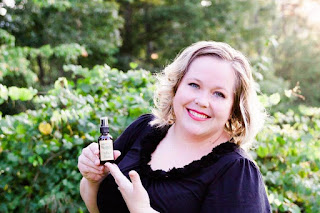 “I think that’s enough to say it can attract a Bigfoot,” says Webb. “To attract a Bigfoot, you need a smell that is woodsy enough to keep from scaring him off. But slightly different enough to make him curious, and come to investigate.”
Market reaction to the spray, has been mixed.
Webb — who also created a dog deodorant called Stinky Dog Spray — understands people may doubt the product. She won’t swear there is a Bigfoot herself.
“But I do believe there is something out there in the woods,” she says. “I’m definitely not trying to make fun of people who believe. A lot of people are more serious about this (juice) than I thought. There are people around the world inclined to believe Bigfoot is real.”
That includes her husband, Corey, a member of Bigfoot 911 since 2014. He was out the night of Aug. 4 when Bigfoot 911 reported spotting “a large bipedal animal covered in hair.” Corey didn’t see it himself, but he’s a believer.

Email ThisBlogThis!Share to TwitterShare to FacebookShare to Pinterest
Labels: Bigfoot, Marketing, What The Fringe?