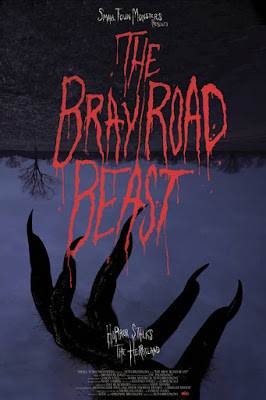 Farmlands, the Midwest, Brewers Baseball, and Cheese... things you think of when someone says Wisconsin. {I can't believe he didn't mention.....the Packers, come on}

I recently went to Wisconsin researching some of America's Legends and Folklore for some future film projects and fell in love with the area.

From its diverse culture, and awesome food markets, to beautiful landscapes.. Wisconsin is indeed a great location to be.  And just like any other state, it has its share of spooky tales of Ghosts and Haunting's, UFO sightings, Demonic Cults, and even modern fictional lore like Slender Man.

But, something is roaming the back roads of rural America, something is outside the small town of Elkhorn, WI. A legend so troubling, so disturbing it is simply called a Beast.

Seth Breedlove and Small Town Monsters have taken on the task of documenting America's lesser known stories and presenting them to you in a way that it will linger in the back of your mind as you travel the roads around the country.  Wondering what lies just beyond the hustle and bustle of everyday life.

The location is just outside ElkHorn, Wisconsin.  The road is called Bray, and the Beast is well, a wolf? a man? a WereWolf? a Dogman. 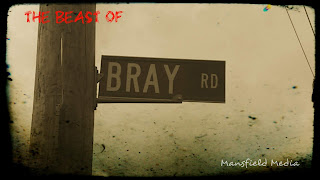 Join Seth and his talented crew along with author Linday Godfrey "Beast of Bray Road" as they take you to the locations, speak to the families, and introduce you to eyewitnesses as the history of this creature unfolds.

With some of the Best camera work I've seen so far from this crew, and the animation scenes surpassing all previous works in some of the earlier films this documentary will leave you wanting more.  Narrated by Legend Hunter Lyle Blackburn, and written by Seth and his lovely bride Adrienne Breedlove Small Town Monsters is putting Americas Legends on the Map.

The passion for storytelling is ever so present, Seth and crew have found a Niche' Market, a Genre that never gets old, and as they continue to evolve, to harness their craft, getting better and better with each new film.

This! is Hands down, the best film from them to date.

If you want to see something scary this Halloween Season,  Then check out Bray Road Beast from Small Town Monsters,  out on streaming platforms like Vimeo and Amazon TOMORROW.