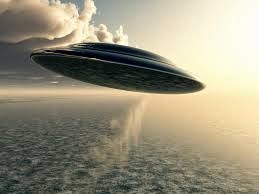 In 2013, there were 1,180 UFO sightings reported, according to the Canadian UFO Survey, released Tuesday by Winnipeg-based UFOlogy Research of Manitoba.
It is the second-highest number recorded in Canada in the past 25 years. The peak year was 2012, when almost 2,000 reports were recorded.
The spike in 2012 is speculated to be tied to the so-called “end of the world” in 2012 according to the Mayan Calendar, and the public reporting many lights and objects as UFOs.
As for 2013, there are several theories for the surge in reports:
The press release said "Many witnesses are pilots, police and other individuals with reasonably good observing capabilities and good judgment"
Canadian government has given up chasing unidentified flying objects. Its various federal agencies, Transport Canada, the RCMP and the Department of National Defence, used to track and investigate UFO sightings to some degree, but it's now has been left up to civilian volunteers.
Article is by Jason Mansfield: Paranormal Investigator with Paranormal Studies of Arkansas found at www.hauntedarkansas.net, Voice Over Artist, Film maker at Binary Entertainment www.binaryentertainment.com, Folklorist, Horror Enthusiast, Writer, & Legend Hunter
Posted by ParaPalooza at 19:15