IRS Involved, Bigfoot Hoax, EXPOSED! the Deception is Finally Over 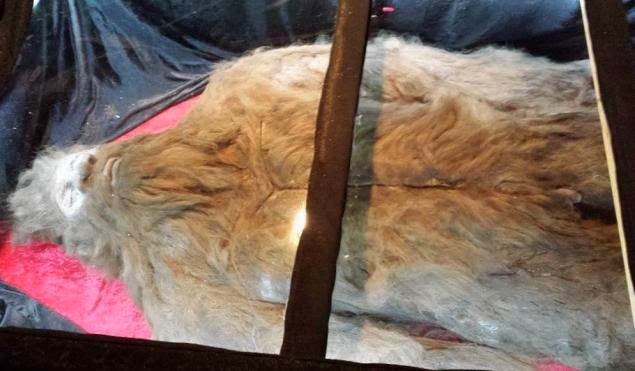 Well we all knew these claims of a so called researcher were bogus from day one.  For those that don't recall, Rick Dyer claimed to have shot and killed a Bigfoot, then proceeded to travel in his truck and trailer showing off the body to those willing to pay to see it.

Those I trust, those in the field of research called Cryptozoology that do it for the research not the lime light, witnessed Mr. Dyer's bigfoot body?!? and verified that it was a bad attempt.

Since we never got our hopes up we moved on.  Most of us, you know the educated public never fell for it.  Well it seems Mr. Dyer got caught in a situation that forced his hand at coming clean.

So he's now Admitting he Hoaxed the entire thing.  Here are snippets from his Facebook page regarding the events.

From this moment own I will speak the truth! No more lies, tall tales or wild goose chases to mess with the haters! No more longing into my hater acct to heat the pot. All the so called info the haters received came from either me or a team members that I directed . True or not we just wanted people to talk eg.Prop maker, Addresses, People involved. It was crazy just for the attention!
The people on my tour knew everything from day one, They just didn’t expect me to ever come clean, They thought they could say anything they wanted and I couldn’t respond without giving my self up!..
[...] Coming clean about everything is necessary for a new start!
Musky never saw the body, We stayed at hotel all night playing slots. He only wanted to mess with the Bigfoot community and I took advantage of that.

Seems he didn't rip enough people off and get the riches he was attempting so he ended his little tour.

The tour was successful only because it opened peoples mind to Bigfoot and when it comes down to money Andrew made 20% $11,668 Plus Plus and Lynk made over 10 %
$6235 Plus Plus.,,,,,,,,The kids and all my fans smiles would have been payment enough for me….

My Fans I truly love you and I did shot and kill one Bigfoot on 09/06/2012 with Morgan Mathews.
The Tent Video is 100% real and filmed with Morgan. FBFB has the Video complete with sound to prove that Morgan was with me!

And it seems he is still on Crack! if he believes there are fans of Hoaxers.  Seriously can this guy just go away please.

Thanks and God Bless
Rick Dyer

So..... we are supposed to believe even though this is his second hoax, that he really does have a body and he's not lying about this.

Rumors are well rumors, but our sources indicate due to Mr. Dyer's activities, he was reported to the IRS.  So Income level for 2013 had a major increase,...... I bet he didn't hold out enough taxes for his self employment, err I mean FRAUD that he was performing.    I think everyone involved should have the IRS pay a visit if you ask me.