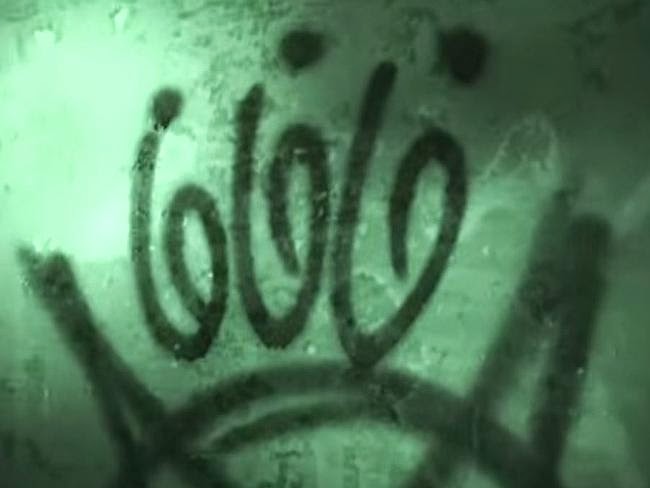 Gateway to Hell, Located in Suburban America.........just outside Cincinnati actually.  Now we tend to just think that's a little extreme if you ask us.  I mean how bad could it be living in the Blue Ash region........seriously.

Legend has it, that Satanists some how opened a gateway, a portal into Hell, that just happens to be in a storm drain, in the woods behind an apartment complex.....

Yeah we don't get it either.

The Folklore (and we love us some folklore mind you), is so pervasive that the reported haunted tunnel system is called "Satan's Hollow"  Ohhh that does have a ring to it.  Satan's Hollow has become quite the hotspot for ghost hunters and local teenagers.

Blue Ash Police Department has stated that its rough on the homeowners, that people park in their driveway and try to gain access into the drainage system.  The landowner has ran people off numerous times (and we do not blame them).

It's reported that visitors commonly claim to hear screams coming from the drain system, or see floating faces in the darkness or the Shadow Man Demon guarding its entrance. (ok but what about the homeowners....... I mean they live right there......are they hearing things...... are they seeing things).

There is a YouTube story, that came out, that a Creepy team in Cincinnati has found Hells Door.  We refuse to name, or give links to this team for the mere fact as Scientific Researchers ourselves of the Fringe....... the mere lack of respect of this investigation team for Trespassing in the first place leaves us speechless.  Seriously, to not only trespass, make wild claims, but to post videos of you breaking the law!!!!  Good Grief Get a Life!

Even though this research (I laugh typing the words) team have tons of wild claims, and tons of supposed evidence, local law enforcement dismiss the claims as fabricated rumors...... as most legends are sadly.

No one's been sacrificed, no animals have been killed in the tunnel to open a portal to hell.

We've seen stories on this location before, and especially this time of year, all the spooky locations come to light.

But remember this, True Research, requires ethics, discipline, and scientific methods.  Not wondering to a storm drain in the middle of the night, trespassing.  NO TEAM SHOULD EVER TRESSPASS. I for one vote all Trespassers be Arrested ON SITE.