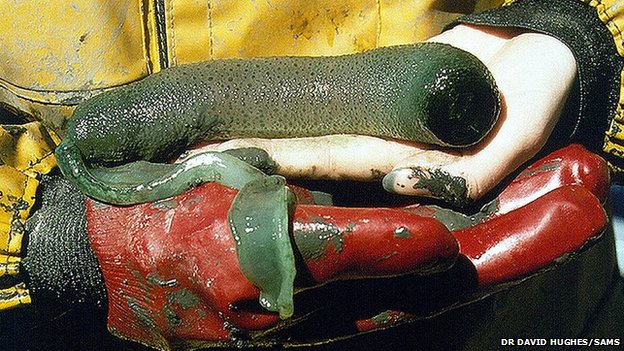 Cradled in the hands of a marine scientist, the mud volcano worm (Maxmuelleria lankesteri) looks like a slimy gherkin with a tail.

Down on the bottom of deep blue seas, the burrowing animals create mounds of mud up to a metre (3ft) high.

Last week, Scottish Natural Heritage said the "UK's biggest and best known example" of this unusual habitat had been found in Loch Sween, a sea loch in Argyll. The mounds cover an area of about 1,630 acres (660ha) on the loch bed.

Scotland has some of Europe's largest areas of burrowed mud, which is made by mud volcano worms and other burrowers such as brittlestars, crabs and shrimps.

These areas are found in the Minch, Moray Firth, Firth of Forth, the northern North Sea and in deep water around the St Kilda archipelago and Rockall. 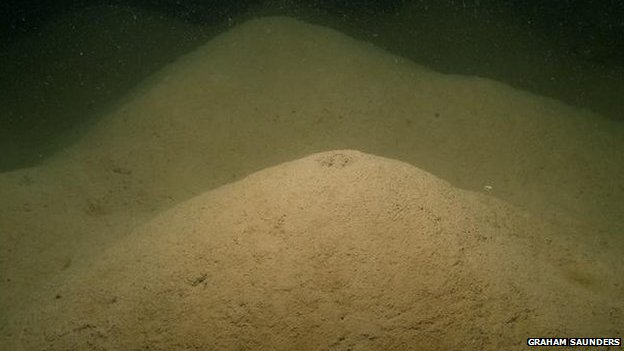 According to SNH, burrowed mud is a "surprisingly important" marine habitat that supports a "rich community" of animals.

The burrowers churn up mud and fine sand, oxygenating it and mixing in nutrients and minerals.

Many of the animals that are drawn to the burrowed mud have an economic value.

They include langoustine, which is caught and then sold to markets in France and Spain, and also commercially fished cod, haddock and whiting.