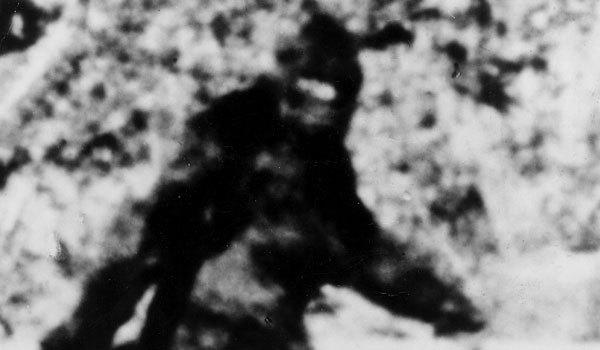 OK, enough with the grainy footage, the first-person accounts and questionable evidence. Spike TV is looking to get to the bottom of this whole Bigfoot mystery once and for all with its next reality competition series, "10 Million Dollar Bigfoot Bounty."


Not surprisingly, the series, which premieres Jan. 10, hasn't attracted a whole lot of what you would call studious, academic types. Instead, you get a whole lot of angry, sexist rednecks yelling at each other in the woods. What better way to attract a notoriously camera-shy, quite probably mythical creature, than to have a bunch of people arguing in the woods?

But it makes for watchable TV.

Dean Cain hosts the show, which claims to offer the biggest cash prize in TV history. Though prize underwriters Lloyd's of London probably aren't losing much sleep over this one. The conditions for winning are definitive visual and DNA proof of Bigfoot's existence.

Two scientific experts will be on hand for the series: Todd Disotell, a biological anthropologist who runs New York University's molecular primatology lab and Natalia Reagan, a primatology expert.

According to Spike, DNA evidence will be processed using a mobile DNA lab. If no definitive proof is found, the group that presented the "most compelling evidence and theory" will be awarded a $100,000 research grant to keep searching.

The series is just the latest in Hollywood's recent preoccupation with Bigfoot. As The Times wrote last year, Bigfoot has been the subject of Animal Planet's series "Finding Bigfoot," the "iCarly" episode "iBelieve in Bigfoot," a horror film called "Exists" from "Blair Witch Project" director Eduardo Sanchez and the documentary film "Sasquatch: The Quest."


Any chance that $10-million prize will actually get awarded? Keep dreaming, Bigfoot lovers