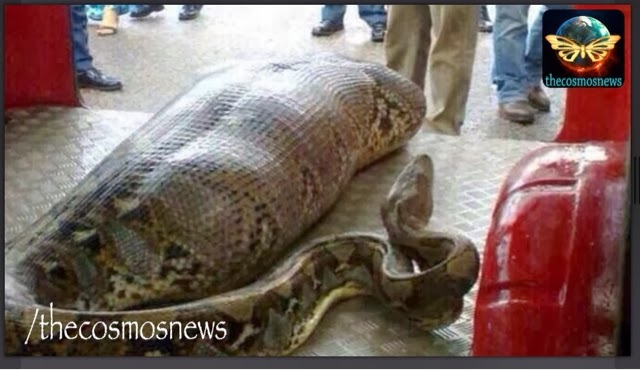 The moral of this story: Don’t get drunk in India, as you will be discovered and eaten by a python.

Some poor guy partied way to hard while he was in India this week and passed out in the street.

Unfortunately for said drunk man, the first to discover his unconscious body was none other than a giant python.

Known for their ability to eat creatures triple their size (and then some), the python wrapped its mouth around the guy and started hoeing down.

This incident occurred in the Attapadi area in the state of Kerala. So a word of advice, best to stay sober if you decide to visit.

This isn't the first time a snake has taken an every day occurrence and turned it into a snack.